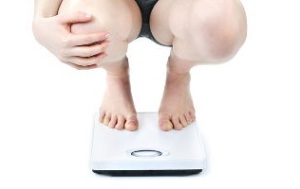 NEW YORK – Anorexia increases a patient’s risk of death fivefold, and people with bulimia or another non-specified eating disorder also face an increased risk of death — about twice as likely to die as people without those disorders, a study said.

The cause of deaths wasn’t always clear, but among anorexics who died, one in five was a suicide. The other deaths were attributed to the eating disorders’ brutal effects on the body over time, researchers wrote in Archives of General Psychiatry.

“The study could not identify how people died, but there is no doubt that the reasons behind this are related to the physical problems of the illness,” he told Reuters Health in an email.

Their analysis showed that five of every 1,000 people with anorexia died each year, which was five times greater than would be expected for comparable people in the general population without an eating disorder.

One reason for the results is that people with anorexia nervosa have both psychiatric and medical problems, but most facilities that treat anorexia focus only on the psychiatric problems, said Laird Birmingham, medical director of the Woodstone Residence, a residential facility for people with eating disorders on Galliano Island in British Columbia, Canada.

He noted that most people with anorexia also suffer from depression, anxiety or obsessive compulsive disorder.

“Almost all centers only treat (the) anorexia, not the other disorder. Unless both are treated, they won’t get better,” he told Reuters Health.

The higher risk of death among those with anorexia reflected the more serious consequences of the disease, he added.

“They are very malnourished. That isn’t the case with the other disorders,” he said.

Arcelus and his colleagues wrote that the results highlighted the seriousness of eating disorders, noting that people who are diagnosed with anorexia later in life, those who are already severely underweight when diagnoses and those who also abuse alcohol seem to be at the greatest risk of dying.

“This sort of study reminds people that a significant percentage of people die of this disorder,” Birmingham said.

British health service (NHS) figures showing a 66% rise in hospital admissions for men with eating disorders in England over the last 10 years are just the “tip of the iceberg,” a UK charity said on Wednesday.

An exact figure is difficult to ascertain due to the reluctance of men to seek treatment for an eating disorder and a failure to diagnose the illnesses in males, Beat said.

“The 66% increase in hospitalization of men in England with eating disorders is the tip of the iceberg. There are many others who find it difficult to acknowledge that they have the illness or to seek help,” Beat said told Reuters in an emailed statement on Wednesday.

“That, coupled with the fact that not all GPs (General Practitioners) recognize the symptoms in males shows that there are still many people unable to access the treatment they so desperately need.”

The figures challenge the commonly held assumption that the illnesses like anorexia and bulimia only affect women. Cultural pressure to have the ideal body is among the many factors that can trigger eating disorders – and UK charities are keen to stress that this body dissatisfaction is not confined to women.

“Exercise is a major factor with eating disorders in men who can become obsessed with exercising every day. Males are under similar pressures to women nowadays to achieve that ‘perfect shape’,” Beat said.

The rise in the number of men with eating disorders is ‘not a surprise’ to Sam Thomas, founder and project leader of Men Get Eating Disorders Too, a UK charity.

“Men are subject to all kinds of different pressures. This rise could indicate an increased awareness of eating disorders among men, but it could also signal a genuine rise in the illnesses in males due to increasing pressure on men to look good, pressure in the workplace, and even financial worries,” Thomas said.

“There are certainly many different factors involved and I think it’s a combination of all of them.”

There are three official categories of eating disorder – anorexia nervosa, bulimia nervosa and an eating disorder not otherwise specified (EDNOS). The onset of the illnesses generally take place during the mid-teens, though it has been known to begin in adulthood