I don’t get it.  My whole life I’ve tried to be nice.  I’ve even been told that I was too nice.  Then why is it I tend to be the brunt of the gossip, lies and attacks when people are unhappy about what someone else has done to them?  Suddenly it is all my fault.  I hate being a victim, but today I felt like one.  I lost a friend from betrayal, another because of her betrayal and lying to my best friend.  Then I stopped for a moment and realized if my best friend believed this other friend who had been evicted because her 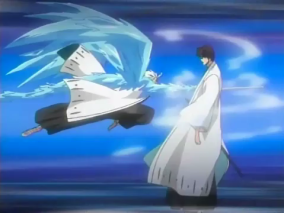 boyfriend didn’t pay rent, and blamed me (have no idea how I have anything to do with it, when she smoked 20 packs of my cigarettes since I lived here and never once returned one, and listened about her boyfriend physically and mentally abusing her for hours on end and offered for her to come and live with me if the going got too tough for her to handle), then he can’t really be a best friend.  It’s Christmas.  We all wonder what to ask for.  I wanted peace.  I got mayhem for today but maybe it’s leading me in the right direction.  I don’t like betrayal of friends, nor of family.  I did respond with “don’t mess with me” and received a threat that I would be hurt if I did anything.  Why am I here?  Why am I nice to people who in the end make my severe anxiety hit higher levels?  Oh ya.  I can’t afford to live anywhere else but in this little community of people who REAL friend described best in this email:

“Laurie … sorry to hear about your troubles. I can empathize, having had run-ins with assholes like those people myself. Nobody needs that shit, hopefully your “neighbors” will get bored and move on to other grist for their mills and it will all blow over.

Funny, we live in a good country with laws that promote compassionate, humane behavior. We enact legislation so that single mothers receive financial support, the result is people with room temperature IQs breeding like rats. We have the CAS and the Humane Society to protect those who cannot defend themselves – and the aforementioned people abuse the intent of these organizations and call the police to pursue their petty, childish agendas. And every year the honest tax-paying citizens pay more and more … Whatever else can be said about our lives, we raised and paid for our own children and animals in our care, paid our bills and taxes, and settled our differences with our fellow human beings like adults.

Years ago when I was boarding at my buddy’s place in …ville the subject of the people in his neigbourhood came up. He told me “Some of these people are cocksuckers.” I thought that for a guy from Monserrat he had a pretty good command of the English language; he sure summed it all up in one word.

Sorry if this seems like a rant. Hang in there, tomorrow will be a better day.

So to this Christmas and my wish for peace, I guess a message was sent… let go of those you perceived as friends who cause you pain.  Find yet new ones, and keep searching until you find the ones that only make you feel that peace, smile and love being with them like you love being with your animals – the ones that don’t judge, betray, lie, hurt, gossip or attack you…. simply because they love you too much.  And I them too.

Bleep Bulimia Episode 17 with Sherry T Owner of ProsperUs Sharing Her Experience With Bulimia
Thank you to Jacalyn for her honesty in this podcast. @bleepbulimia
Thank you for your support @cristianhauser_ !!!
@bleepbulimia with Influencer @trujetty

Bleep Bulimia Episode 17 with Sherry T Owner of ProsperUs Sharing Her Experience With Bulimia
Cindy Marshall Health & Wellness Coach Bleep Bulimia Podcast guest discussing dissociation and Depersonalization.
Bleep Bulimia with Sarah McMahon, Author, Poet, Blogger, UltraMarathoner and recovered bulimic.
My rant on equality... or the best it can be living together as woman and man on this earth. 😊