Frightening thought sometimes to ask that of someone else. I know how to define myself, and I know what some people would say, which I know already. But somehow it hurts more hearing it from someone else. They say the truth hurts, and even if you are not hiding behind a wall or curtain to your faults, it still hurts when someone looks behind and sees what you see. Worse yet is when they don’t see what is behind theirs.

I’m into the “telling” word… how I used to be.  How compelling is that thought… and I’m just a bit more clear.. those words are hidden in this song.  A bit more clear.   What does it take to get you there?  That and the “shadows on the wall, hearing voices telling you to get to sleep… feeling like… I’m heading for a break down… but don’t know

why”..  “Talking to  myself in public… I hear them talking about me”… “Lost”… BUT  “I’m NOT crazy, I’m just little unwell”.  And yes I am.  To last post about honesty, comes forth the not well.  I have three sisters.  One scares me a lot, one not so much because I know her too well, and one I love to death.  She couldn’t hurt a fly.  Why is this song “telling”?  Because my youngest called me an alcoholic loser.  She told me I was successful at one time and now am a loser.  I wanted to tell her to look in the mirror.  The reason I feel like this song is “telling” is because I knew and still know how to love.  She never did, never will.  It’s all about her.  To me, my life is all about others.  I hurt for them, fell for them, feel for them, humans or animals.  It’s my gift.  I feel their pain.  Some might say it’s a curse.  I think it’s a gift.  Why?  Because so many people on this urth (say it that way, it’s fun… urth… my daughter taught me that… lol) so many cannot feel other people’s pain, can’t see that they are better off then others.  All they see are themselves.  It’s a ME factor.  I might be an alcoholic, or a loser, or a one time bulimic, but one thing I know is LA.  Is me.  And is the pain of others.  Not a curse, a gift.

And I love me, with my pluses and minuses, I love ME.  And that I feel is also a gift.  Those who cannot love themselves no matter what can never know the meaning of unconditional love.  Ross knew it.  I know it.  We are a rare breed.  I’m smiling right now as I write this because I feel special.  And because I do, no one can hurt me anymore.  Unless I hurt myself, which I don’t plan on doing.  I’m my best friend.  And yes, I talk to myself, and I’ve already had my break down… and now it’s my break upward.  But I will still talk to myself, and to my animals like they are human, and hug them and love them like they human, because they are the few on this “urth” that understand unconditional love.  One thing my sister, the one that called me those names?  Will never know.  And that’s another story for another blog.

Note the noses and to my previous post…. to honesty.  Why do you think some end up like us?  Honesty is such a lonely a word…

Someone told me they were surprised I haven’t been posting lately.  There’s a lot of reasons for that.  Perhaps the most telling is being honest with myself.  It’s a hard thing to do.  I’ve been one year clean of bulimia.  One year minus one day.  I mean minus one day that I did it.  Believe it or not it was on my anniversary.  February 17th.  I haven’t done it again but that one day I did.  There was no one to celebrate my day.  And I got depressed.  And I ate peanut butter sandwiches, which I shared with the dogs, and got full really quickly because I haven’t done it in so long.  I used to be able to eat so much.  I can’t anymore.  And it didn’t feel good.  Maybe that’s telling too.  Maybe that means

something, that it wasn’t satisfying at all.  I felt guilty, yet some elation at the fact that I really hated it.

My world has been turmoil over the past couple of weeks.  I moved and during my move someone broke into my last place and stole my computer and father’s graduation ring.  I found out who, have all the evidence, was suppose to meet with police, but have way to get there.  I don’t drive.  Another part of my life I’m not proud of.  A DUI changes you forever.  Guilt, shame… All for cream for my coffee after two glasses of wine.  I was stopped and blew over.  Two kilometres from my home.  Honesty.  Beyond that, there have been so many more issues that I can’t share right now.  However, the good news is I did get my father’s ring back.  Threats can be a great way of making sure you get back what you rightfully own!  A computer I can replace, my dad’s grad ring I couldn’t.    Knowing someone who I could implicate made him go buy it back from the pawn shop.  What a world I live in… Anyway…

I love that saying in You’ve Got Mail when she’s says “I live a small life, valuable, but small”.  I like it this way, but when the outside world moves itself into my quiet world, I have issues with that.  I was once successful, now I’m just nobody.  I prefer my nobody status.  But I wish people would accept that.  I don’t need glamour, I don’t attention, I’m not needing of much.  My computer, my writing, my painting, my flute, and the odd time a friend in person.

I’m writing tonight for the first time in a while and it feels good.  Much better than those peanut butter sandwiches that found their way out of my stomach.  What was I thinking when I was doing it?  Anger at the world, at the struggles of people, of the anger of others and their depression, of the expectations upon me, of the theft that was so unnecessary, of the adjustment to my new place, of the fear of time passing and watching as my parents age.  Not my aging.  I’m not afraid of death.. not of my own.  I am of those I love.  Fear of how I will get through it if someone else dies that I love.  Watching my Jack Russell age.  She’s 15 and I don’t know what I’m going to do when she goes.  My fear is not of my death but of those I love around me.  Time passing.

Looking in mirror, I can actually say I love myself, and I love where I’m at, but it doesn’t mean I still don’t have those times when I wonder.  Not about me and where I’m at.  I like that part of my life.  It’s looking outside.  It’s what scares me the most.  That outside world.  And it seems any time I let some of it in, some minor catastrophe happens.  And then my nerves shatter.

I live a small life…. valuable, but small.  I like it that way.

On this night.. I have no other answer but this.. because no matter what I say has no meaning even if to me it did… listen…don’t judge, don’t ever accuse… just…..

A letter to my friend… okay email, but to me when you write something that is in your heart… it becomes more than just an email.  Not hand written thought, which nothing can take the place of, but, let me come up with a new one… not “email” …. “virtual snail mail”… Why?  Because you don’t just write and send… it takes time to think out what you are writing about>

Oh and… Mau’s friend Stephen… they are so the odd couple it’s hilarious only fight worse when they drink liquor… almost burned down the house they live in twice…. left oil burning on the stove… LOL… but what is more funny is that while we were at this place that buys junk and stuff by the weight and how you buy it back (by weight)… 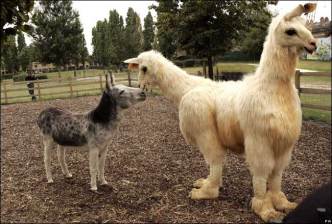 hummm… now there is a funny concept… if you sell a body at 120 lbs but then they gain 100 do they make money? ha ha… kidding… it all goes to charity. Anywho… to go on with this, Mau finds a deep fryer… says, “This is what Stephen needs to make sure he doesn’t burn down the house…”… then he opens it up and says “look, he even gets the oil with it”… OMG no kidding… gross old oil still sitting in it.. LOL… never seen anything like it in my life (by the way that is from the original movie Dr. Dolittle, which was my ultimate favorite… especially the huge snail!!)…  hummm another irony… snail mail which is the best….

but the song was about? and OMG there is the Istanbul thing again… is this a sign?? http://youtu.be/niKkURpdzIQ
Dr Dolittle 1967 Film Soundtrack “I’ve Never Seen Anything Like It”

wow… I have this movie… I”m watching it tonight… yes… the original… the remake is cute… but can’t compare.

It would be like making a remake of The Wizard of Oz… you just can’t…. do a remake of those….

This is beautiful….
Collin Raye – In This Life
http://www.youtube.com
From the album “In This Life” (1992). LYRICS : For all I’ve been blessed with in this life There was an emptiness in me I was imprisoned by the power of gold…
Like · · Share

LaurieAnn For my children, and everyone who has loved me… this is dedicated to you… and I know you know who you are… 🙂
10 minutes ago · Like

Wouldn’t it be nice if we all thought this way…