There are two groups of people with eating disorders such as bulimia and anorexia that are often dismissed in this work of ED.  Those over forty years of age and men.  This is why my last few posts are focused on them.  I am amazed by the responses I have received by both groups.  I have blogged before about the men I knew when I was 18, which would be 32 years ago (scary thought) that had bulimia.  This has not stopped.

Then there are the ones over 40.  Another group that remains quiet about their disorder, even if they are recently recovered (5 years of less).  To us, the shame and the guilt of having carried on for so many years makes is difficult to get out there and admit to our “shortcomings”.  Many of us have raised children through our hardship and struggles with our eating disorders.  In fact, the added stress of having family would be likely some of the triggers of our eating disorders either continuing or coming back after a few years of reprieve.  The stress of working, bringing up children, tending to the house and cooking and so on were not suppose to be a burden.  But the inhibitions lowering due to fatigue and over-extending oneself are paramount to opening another door to the comfort of food, then the other side of that, the guilt of having done so, and the purging of that guilt.

Some of us struggled to be the “perfect wife and mother”.  Not an easy thing to live up to.  For me in the end I felt as though I failed on both accounts.  But looking back now, I did the best I could.  No parent is perfect, no wife is perfect.  I blamed myself for not being the perfect wife, for not being the perfect mother.  I blamed myself for my husband’s affairs feeling that it was because I was not giving him enough attention, and maybe too much to my food. I blamed myself for the pain my children felt when I left him. I blamed myself for my children hating the young lady he chose to end up with after I left (one of his affairs – had I stayed??).  I blamed myself for the horrible depression I went through afterwards and my daughter, the only of my three children who chose to live with me, to have to see what I was going through.  I still blame myself for my two eldest that have gone through counselling.  I still blame myself a lot for the pain all my children went through because after my daughter left me to go back to her father, I packed up and left.  I moved away.  I didn’t want to feel the pain of no children in my life on a daily basis.  And even when I did pack up, bought a business in a small town, I was devastated, and my eating disorder was difficult to combat.  I blamed myself for losing my business and losing everything but what I could afford to hold onto.  Those were my pictures, and the basics.  Pictures I painted of my children, the huge picture box of pre-digital cameras.  The letters I kept since I was eleven… written letters. (It’s a huge box).

Then I moved in with my sister, having nothing to show for my life but those memories, and when I had the chance 9 months later, moved into a small bachelor with my belongings that were left.  I feel ashamed that my children look at me in the small place I have and are feeling sorry for me (their father is a multi-millionaire).  What they don’t understand is that I don’t feel sorry for me at all!! I feel sorry for all those I have hurt along the way, particularly my children.

Then I have to start thinking within my own heart.  And I do have to focus on this, even if at times it’s very difficult.  For one, I was looking for a better life for myself when it appeared I had lost the most important part of my world – my husband and my children.  Not lost in a way that I would never hope any parent would lose their child, but in a way that was in a different way very painful.  So in so doing I bought an Auto Repair company in a small town in the country.  I have to look at this as saying how many women would take the chance to do this?  How many women would have that courage?

I reflect sometimes and remember when the economy started to falter just after my purchase (and yes I did to due diligence and much studies on the area and the business, but that is irrelevant when a recession kicks your butt).  Realizing that this was going down I did put it on the market two years prior to losing it all.  But it didn’t happen.  It

didn’t sell.  Then when it wasn’t happening, it was strange.  I could feel myself go down with my business.  I could feel the depletion.  I couldn’t sleep at night, and was getting hot flashes.  They had nothing to do with menopause because I wasn’t there yet.  I had spoken to another business colleague who had sold just close to when I ended up filing for bankruptcy and he said he had the same symptoms.  I wasn’t alone.  But I was with my bulimia.

I may be poor, but I’m clear of debt.  I may live alone, but I like myself enough to be good company.  I may not see my children, but I 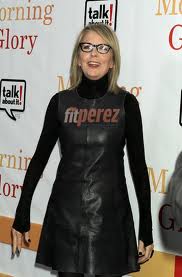 know right now it’s important for them to go through what they need to without letting it affect me.  I need to take care of me.  And I do have my eldest son, my sunshine, who always makes sure he tells me he loves me tons.  That is a gift to me.

And in the end, he was the one who asked me to come back close to home.  So I did.  And although I don’t see him often, he said he just likes knowing I’m close by.  I guess I never really realized the effect moving away from them had.  I just figured they had their own lives and they really weren’t interested in seeing me anyway.  But it’s not like that.  To them it wasn’t about seeing me, it was just knowing I was close by.  I can’t fix what I did.  But what I do know is I never stopped loving my children and even if they had called me I would have travelled the two hours to get them what they needed.  It’s what a mother does.

I’m going to end this now because I am crying.  As my heading says “It hurts not to hurt”.  But yet, it feels like I’m alive again.

4 thoughts on “Geriatric Bulimics and Anorexics – as per pregnancies meaning over 40 – we do exist!”

Sign up for your copy of the .pdf as soon as it is released!