This is just a post. A post of the choking feeling of pain watching my daughter drive away. Spent a lot of time with her this summer and our differences seemed to just vanish. Wonderful feeling until today when I knew I wouldn’t see her again for some time. Another loved one moving away from me. It’s exhausting and I can feel that horror of depression start whirling around in my soul like a vicious cycle. Pain. Pain mostly of love moving away. I wish I didn’t know the feeling. I wish I could be so unemotional that no love could penetrate as deeply as it has. Because other than my dogs all love I have felt I have lost. And each time it moves away it is like a death. I thank God for being there always and my dogs. Without Him and my dogs I would be lost. And likely back to my bulimia. But not anymore. I just let myself feel the choking, let the tears and sobbing happen alone in my small apartment with my dogs seemingly understanding because they jump up to cuddle with me. This is just a post. It may mean nothing to some out there, but this post is also a question. How does one protect oneself from the hurt of many loves lost while remaining open to continue to love? Simply a post. 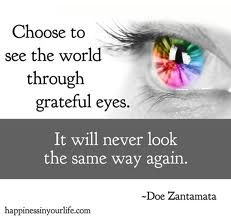 The new girl. I’ve been one many times. My parents moved a lot. From the time I was seven, I was a new girl at 11, 16, 19, 22, then when married at 26, then when divorced at 45, 48, 49 and between all those major move ages many times in new businesses and jobs. When I was younger it was tough. Acceptance was so difficult and I built my character around trying to fit in to new situations. Those early years taught me that it is how you feel about yourself and who you personally want to be that matters. But it still isn’t easy. I meet people who do things that annoy me, but worse thing is that I realize they are the things that annoy me about myself. And I have such an awareness of this. Or taking on some character traits of people I am around too long that I didn’t agree with and then one morning I’m acting like them and am horrified. I am still struggling somewhat with my final painting of who I really am, but have come so far towards knowing me better since I quit bulimia and hear the cries of others, not just with eating disorders, but of simply in the scope of life, self image disorders. My breasts are larger now at 50 and so too my stomach since I gained 7 pounds. I look around and observe. Having been either bulimic or a work out freak with a fit body, this transition in my life of acceptance of the change has been a challenge. But recently I’m actually appreciating it. And I figure a bit more activity could impact some muscle around my waist and reduce my chances of an early heart attack. My views are changing. So too being a new girl. My life has been one of a nomad, or as some call me ‘Bohemian’ and I’m happy to know that I am finally getting used to being that “new girl” and not wanting to fit in but just being me. 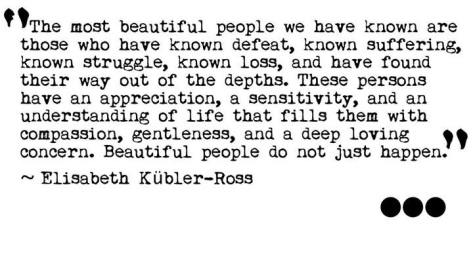 In my life I have met those people and admire them more then those who feel external beauty and materialism is the reason for living. I won’t say that I am beautiful, but I do feel beautiful to me inside because I have the sensitivity to be able to walk in the shoes of those who travelled a similar road that I did. We seem to be rare but we really aren’t. We are just humble enough to know the beauty without needing to speak it. It is what you share instinctively, from the heart and from the gut. To all those out there, any struggle is defeatable if the desire to live, love, laugh and appreciate the smallest of most wonderess things in life. 🙂 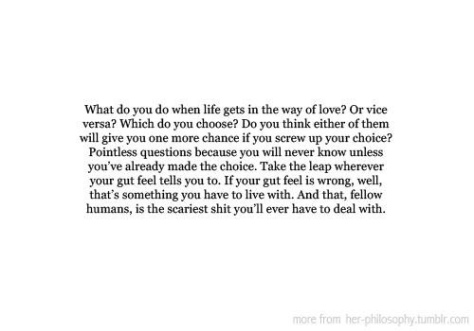 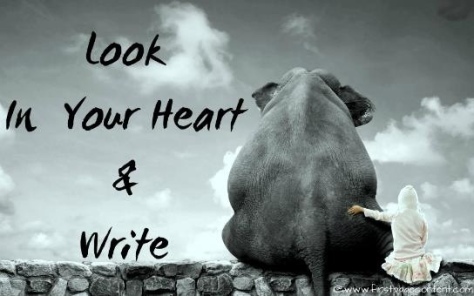 Writing may not be the absolute recovery method for those with eating disorders, but it is definitely a positive release of emotions that are pent up. It’s a better release then starving them or eating them then purging. 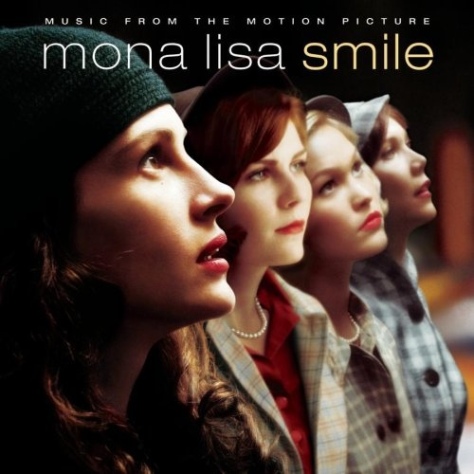 What would this movie be like if written for the young women of today? Never mind I wish there were one written for me when I was 18 thirty two years ago when the value of a young lady was based on how skinny she was not how smart. Think about it. This movie could be all the messages in a twisted world of not being a homemaker and wanting to be married, but of one where you had to balance mom, work, cook, wife, slim sex partner on demand! I am not sure the demands of an 18 year old today, but my life was filled with expectations until I realized it was not mine that mattered anymore, but everyone else’s. Where and when will we find the balance?

Sadly mine came with a divorce, a bout of depression, counseling, losses unheard of financially, emotionally and physically before I found that balance, which even now teeters, but at least it’s a mild teeter.

This movie is a must see and one I saw alone on the first Christmas I woke up without my children on Christmas morning. He had them. He called the shots. I felt empty. I have since learned to know the feeling of a Christmas morning alone, but that one was devastating, yet this movie was a ‘soulage’ as they would say in French (google the word if you don’t know it, but even in English it doesn’t sound the same to the heart.). 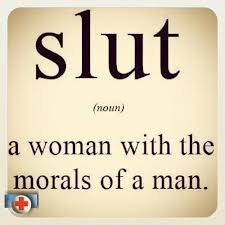 I apologize for this rude posting, but when a man calls a woman who has morals a slut at times it is because of his own guilt of being one. I have learned this through my ex-boyfriend recently who is dating his ex girlfriend, ten years younger, married, no kids and skinny. I, after a return three years ago and his asking if we could try again, found out three months later that he was with her while with me. But before my finding out he was calling me the ‘S’ word if I but spoke to another male.

Guilt has a way of blaming others of either who you are, or why you are who you are. It was the same when I was married, another who left me for a skinny ten year younger one. He was with her before I left.

That is not it at all. As I learned from now having gone through it twice, they are Gerry McGuires. They always need the back up plan, the consolation prize to their women of choice. They are male sluts who need the beauty and sex but want the constant loyal one there in case the fire dies.

My ex-boyfriend is asking if he is doing the right thing. We have remained friends and now he is second guessing his choice since I have made it clear I have no interest other than friendship. I keep telling him he made his bed and he must lie in it and that I am not in the equation, nor am i the one to guide him through this. I will always love his daughter, but that does not substantiate him thinking he can choose to come back any time to a consolation prize. I would rather be alone than a consolation prize, although I see that, believe it or not, as a compliment because I am the loyal one. Not the equivalent of a slut to the asshole screwing around nor the mate he is with.

He may still call me what he is (slut) when I refuse to be with him in a relationship ever again, but the most appealing thing to me is knowing who I am and knowing what he is calling me is what he actually sees in himself in the mirror every morning, and so too how he feels when he is with that married woman.

A clear conscience is an armor against any rude words, awareness of another’s behaviour either a sword or an caregiver to the one who suffers from the pain and wounds of guilt, and the greatest lesson of all is to choose which you will be – the warrior or the infirmary.

David Medansky speaks to #healthy #eating without #dieting and his #book #breakthechainsofdieting.
Tammy Doering shares her #experience with #bulimia. Now #recovered she hopes for #parents to be #aware of the signs early. Beautiful story.
@cristianhauser_ shares about being a #support to a #friend with #bulimia. Thank you for being a guest!
Beautiful story and message with Karen Chaston on the #bleepbulimia #podcast